Money Shouldn’t Be the Reason You Work 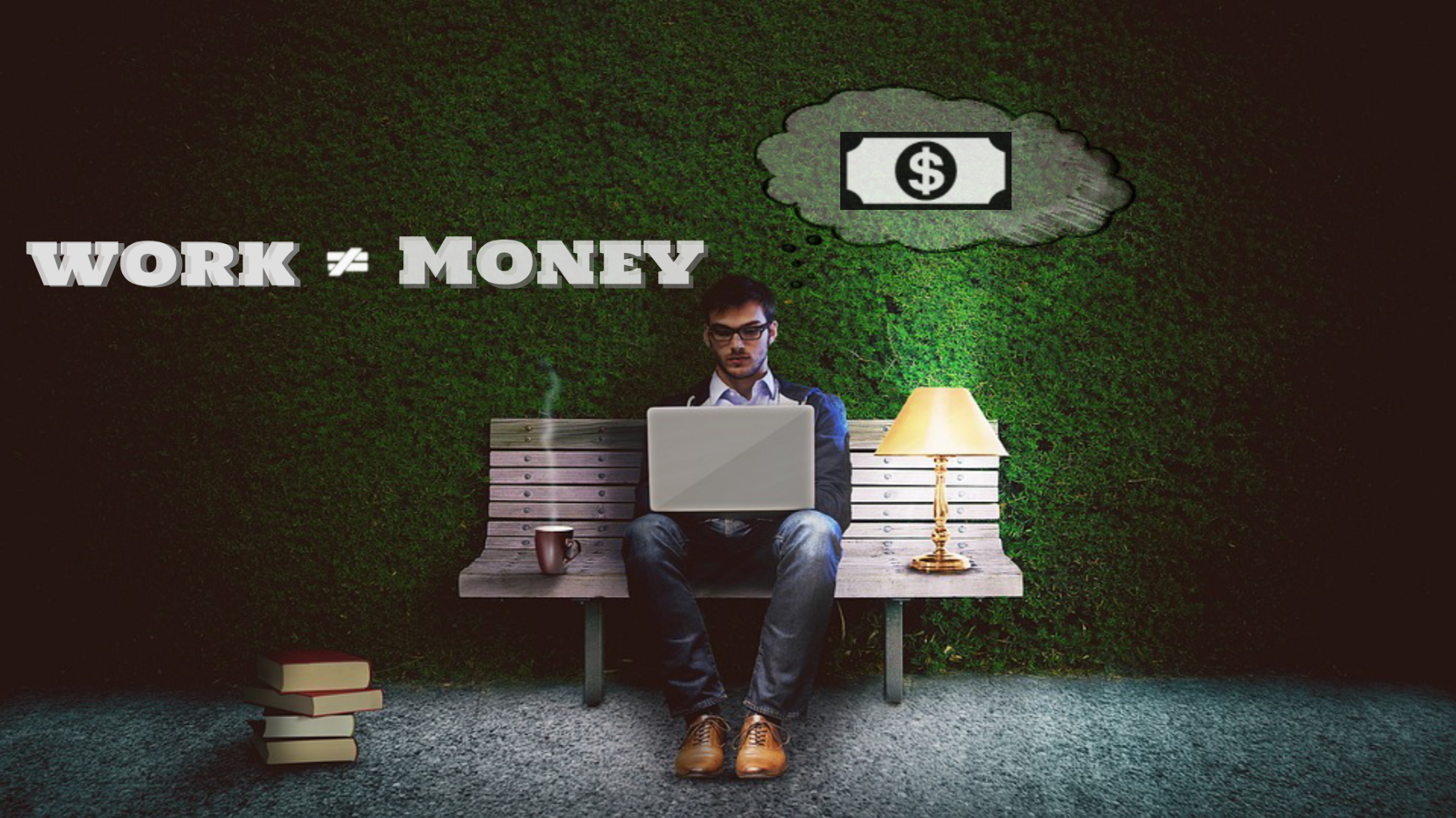 Money Shouldn’t Be the Reason You Work

An outcome of Human greed has been the undue importance given to money. What was just a means of exchange has come to be the core purpose of human existence in society today. Money is one of the greatest imaginative innovations, but humankind has failed to harness the utility of the concept of money. The conflation of money and work has led people into believing this abstract concept as real. As a result, money has become an inextricable part of living and the purpose of life for most human beings.

Every individual indulges in a job or profession to achieve financial well-being. This activity occupies the center stage in his life to the detriment of all other purposes. It is not just the case with specific individuals but complete societal conditioning. It is deeply ingrained to the extent that no one even can think of questioning the concept.

Once people fulfill their basic needs, they commence hoarding money or equivalent resources. Every single human being coming into existence blindly follows this established practice and norm. An individual is able to live, what they call ‘prosperously,’ only if he is working to support the economy directly and indirectly. In other words, if he is earning and spending money.

Accumulation of resources beyond the necessity is a mark of prosperity. Being blinded by the religion of Growth, Human beings are depriving other human beings of food, shelter, and protection. People toiling day in and day out for money are looked up to and considered successful in society merely because they know new and creative ways of accumulating resources. While those having no such accumulation are termed poor and underprivileged. The parameters of a successful life is the accumulated and unconsumed wealth.

“Ownership is being practiced in the world of materials where the physical body itself is not permanent while the consciousness continues to exist even after death.”

Humanity has failed to align the concepts of work and money with the purpose of human life, which is to achieve the state of absolute bliss and coexist in harmony. Humans are educated and brought up to become workaholic robots. Throughout an individual’s life the goal remains the same: work, earn money and rack up. The tendency to hoard resources has resulted in 0.7% population of the world owning 40% of the world’s wealth. And the Irony is that they then take to philanthropy and want to serve humanity again by giving money and grants.

How we perceive employment today is the result of cultural, economic, and trade changes that happened in the past. Similarly, how we define work today will decide the future of humanity.

To change the construct of work and make it something more than just a means of accumulation, it needs to be aligned with the human purpose. If people are not focused merely on accumulating the resources and are happy to keep only what is required, they can put their times to right use and work toward the holy grail of humanity. Once this is achieved, harmony and mutual understanding will improve dramatically. There will be a better flow and distribution of abundant resources that mother earth has for all its beings. This is the solution to all the modern-day problems- poverty, world hunger, terrorism, unemployment, low HDI, etc.

Human beings have achieved numerous feats in their attempts to survive, thrive and follow the religion of Growth. But they failed to understand existence, their purpose, and coexistence. They have to make good use of the other elements on this planet without damaging their ecosystem as well as communal harmony. When people will work for the greater good and not for piling up resources, an evolved civilization will emerge.