Fact and Opinion: The Filtering Process 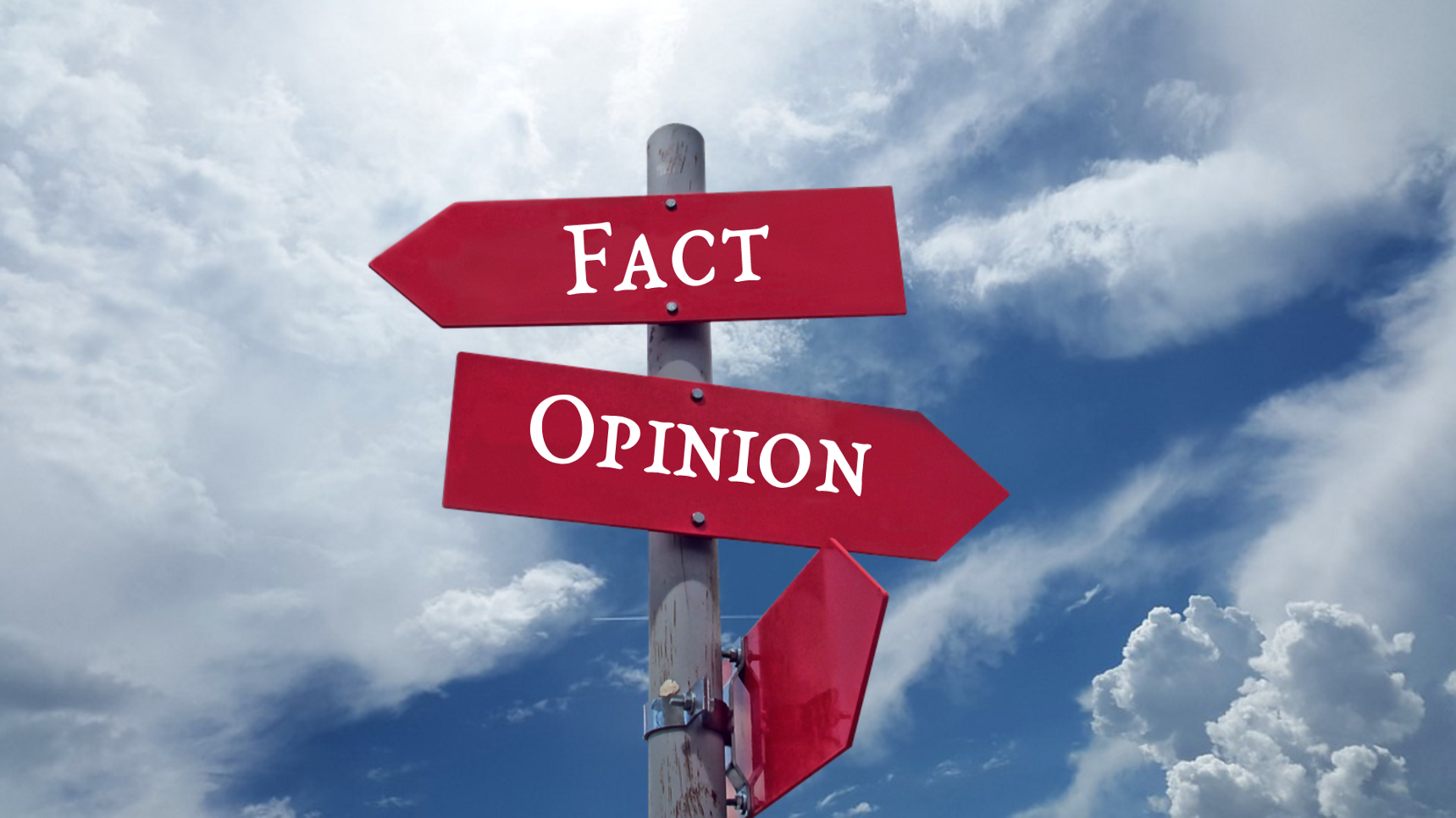 Fact and Opinion: The Filtering Process

In a world of information overload, do we have enough filters in place?

Human beings are born pure and capable of forming opinions based on the knowledge they assimilate from society. Being inquisitive and capable of understanding, every human being looks toward the tradition and culture to guide him.

Since the dawn of civilization, arrangements have been made to transfer all the knowledge about human life and existence to each individual through culture and education. For the current generation and generations to come, there is an add on to the list i.e. the Internet.

The knowledge and information that is transferred to every unique individual in the society, be it through any means, encompasses both the facts and opinions. In other words, reality and possibilities of reality.

A fact is always supported by one or more shreds of evidence. A fact is true and correct for everyone, no matter what. An opinion, however, holds an element of belief or viewpoint which hasn’t been validated or proven yet.

Facts and opinions are entwined together in the collective knowledge of the human race that is transferred through education and culture. When there is an overload of information, people do not have enough filters to distinguish between facts and opinions. This inability to divorce facts from opinions creates chaos and inconsistencies in society.

A discussion over a fact or truth leads to a finding whereas a discussion over an opinion leads to conflict or chaotic dissension. An opinion is influenced by a person’s feelings, thoughts, perception, desires, experiences, understanding, beliefs, values, etc. which cannot be tested by concrete evidence. Therefore, due to the individual differences, when an opinion is questioned, it appears as though the person is being questioned, his intelligence, his abilities are questioned. In all these cases, discussions end up being heated arguments leading to no firm conclusion.

Having opinions is not a bad thing. In fact, it is the usual behavior of human beings to make new assumptions and beliefs and understand this existence. The need is to validate those opinions, question them over and over again till they are in alignment with the existential reality. The opinions can be as varied as possible yet the reality is the same.

The ability to distinguish between fact and opinion is an indicator of one’s critical and analytical thinking. It’s a quality everyone should or rather must embrace as it ensures that only precise and validated knowledge is being imbibed. Here is an article to help you understand when can something be called the Truth or Fact?

There is geometry in the humming of the strings, there is music in the spacing of the spheres. -Pythagoras

There is musical and happy order between all elements in existence as much as there is mathematics. The underlying rule of coexistence is the highest principle and the ultimate knowledge of the existence. Human beings are yet to understand the reality of coexistence and experience utopia that is already existing on earth. The perennial state of bliss is ever-present and becomes apparent once the consciousness has been successfully aligned with the existential reality.

To reach that state of perceiving actual reality, the beliefs and opinions need to be modified by logic, reason, and learning into universal knowledge of coexistence which every single person among the 7.5 billion can practice without harming the earth and its inhabitants.