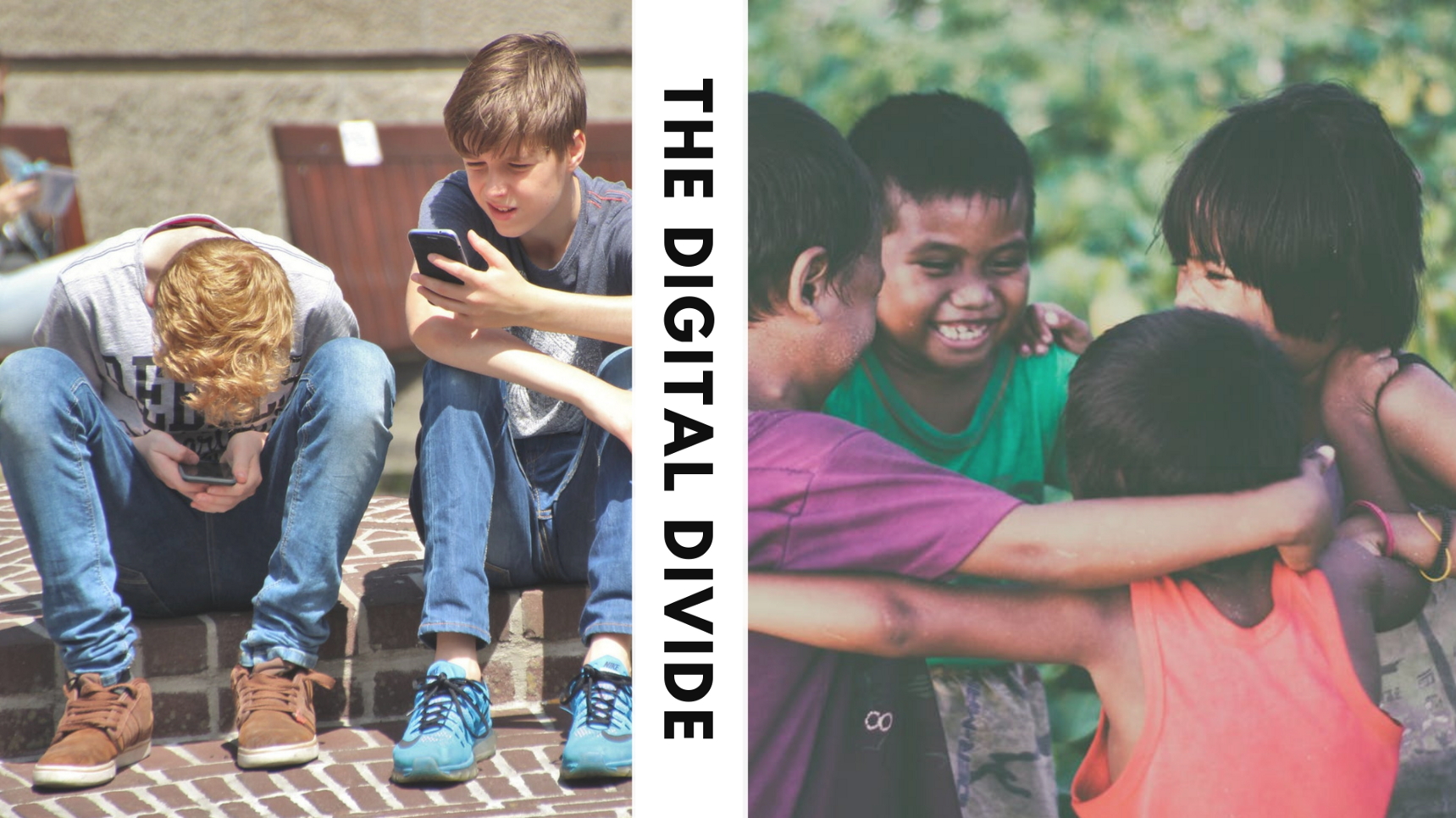 The advent of technology segregated the people who can afford as well as use technology from the ones who can’t do either of the two. Parents having money, education, and time started providing their kids with tech devices and the Internet. Meanwhile, the kids without resources couldn’t cash in on the wealth of knowledge available online.

A generation ago, this digital divide was a threat. It was feared that people missing out on technology will lag behind. However, the situation flipped. In the bigger picture, the people with access to technology are missing on something far important; life.

Instead of reading, drawing, or playing instruments, young kids get introduced to web surfing, television, and video games. Immature brains of kids get intrigued by digital tools and don’t really catch up on the far important life skills they should be developing at early age.

What they get from the use of technology isn’t knowledge or information but stimulation & simulation both making a monkey out of a human being.

Give them a tablet or smartphone and they will sit still, no moving, no crying, no shouting, just consuming the digital drugs. Parents cannot have a better way than this. Particularly those with busy schedules and muddled lifestyles, like their kids gazing into the screen. Consequently, they create digital zombies out of their kids.

Daydreaming, reading, playing, boredom, outdoor sports, communication- these skills are precious for kids. Playing and watching stuff on tablets while eating is what they get instead. Sleeping not to lullabies but to the sound of mindless entertainment. They are annoyed when not given the device. When they should be playing in the field and learning important life lessons like cooperation and teamwork, they are busy completing war missions.

These kids find their existence more relevant in the digital world than in the real one. So who is really on the losing side in this digital divide?