Is It Time for Philosophy to Be Rewarded Better? 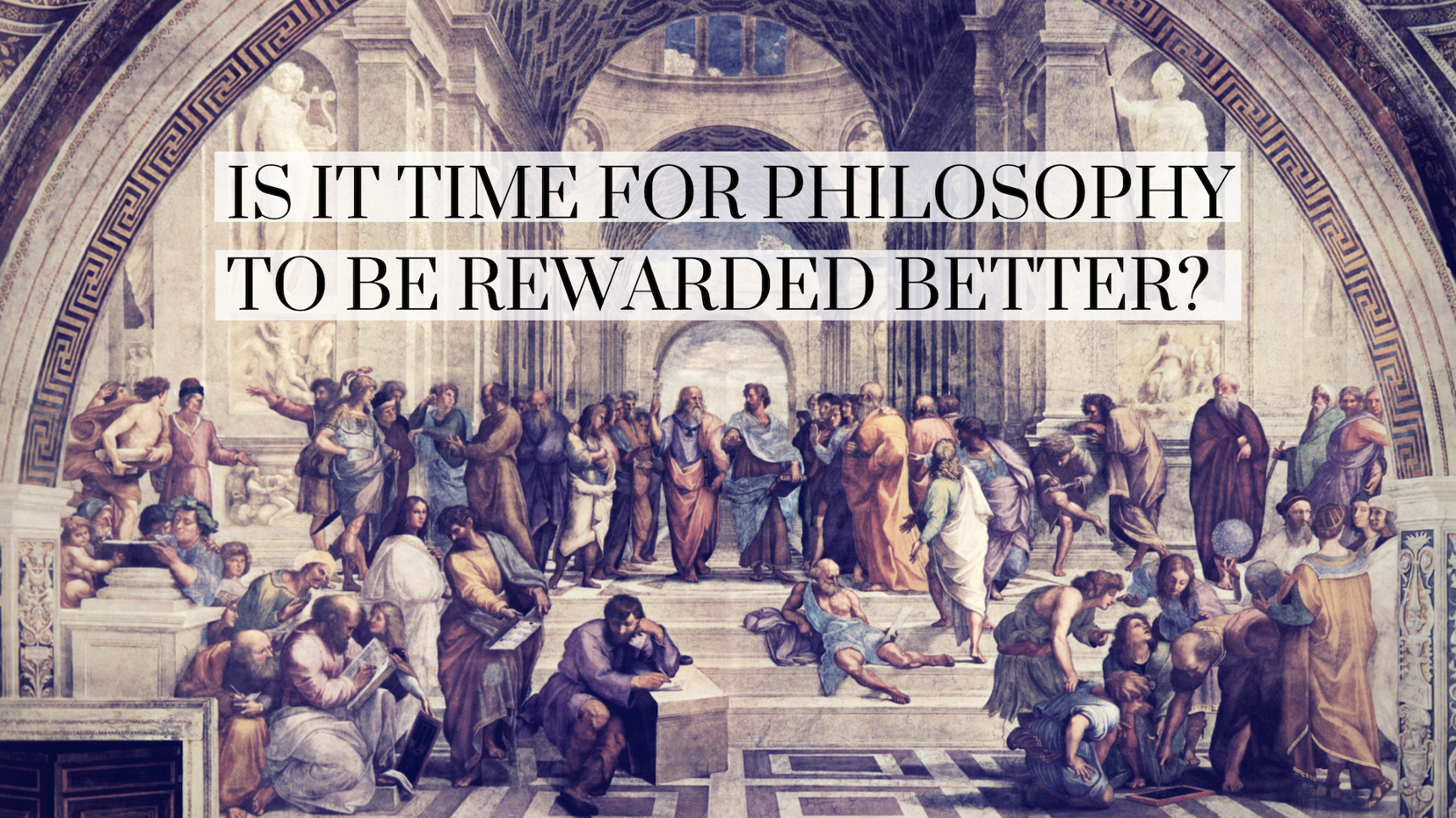 Is It Time for Philosophy to Be Rewarded Better?

The prizes being awarded in contemporary times are pathetically skewed. According to The Economist, the highest paying awards around the world offer over $40 million of prize money in various fields every year. However, not even a single recognition among these is awarded for philosophical achievements.

Prior to the $1 million Berggruen Prize introduced in 2016, there was nothing major that acknowledged the sanctity of Philosophical ideas. As a matter of fact, nearly all of these awards are sponsored by the business world. It’s no wonder most of the prize money goes to Science, Sports, Technology, Medicine, etc. While Humanities, Liberal arts, and Philosophy are on decline.

“We are drowning in information, while starving for wisdom.” — E.O. Wilson

In this age of information explosion, we are left with little to no expansion of wisdom funding and with an increasing need of it. New studies in neurological science are proving that human being needs Philosophy and understanding more than the physical comforts, electronic gadgets, and other material stuff.

Termed as mother of all disciplines, Philosophy questions the underlying nature of life and existence. In other words, a Philosophical perspective is essential for the ways in which it teaches us how to be a human and what we need.

To survive and thrive, we must gain knowledge about the world. To know the world, we must form conclusions about our own nature. Philosophy provides the framework through which we can understand the world and ourselves. It provides the premises by which we can discover truth, and use this journey to understand and LIVE life. Without a simplification or an interpretation about ourselves, interpreting the world around us, would be of no use. This is the reality and it is time to accept the same.

Student interest in Philosophy has reduced in recent years. The American Academy of Arts and Sciences reported that the number of philosophy majors in the U.S. has dropped to 6,851 in 2015 (the last year for which data is reported), down from 7,411 in 2014 and 7,926 in 2013.

Students are drawn to occupational subjects like business, medicine, science, and education. The business world has always called on the governments and universities to prepare students for the professional world. The limitation of curriculum and career-oriented education makes it difficult for students to gain real knowledge.

It’s also the case that they don’t teach Philosophy at schools. By the time students get to high school, the only exposure they have of philosophy is, “what is the meaning of life?” That question in itself is profound but to most, it’s extremely ambiguous. Thus, they see no practicality from philosophy.

Philosophy is an ancient and analytical discipline. Mathematics, Physics, Psychology, and Chemistry, rather all sciences emerged as Philosophy before becoming specialized fields of their own. But somehow this fact went into oblivion.

The modern world is focused on business, technology, and scientific fields. On top of that, As technology has advanced, it has subjugated contemplative ideas and critical thinking. Philosophy has faded into insignificance, not just in academics, but in the ideas we decide to reward and recognize; in areas that receive global appreciation.

The right description and analysis of human life is not necessarily a scientific concern. Natural sciences cannot measure or express the deepest experiences in life. In today’s world, everything is being quantified, from exercise to life goals to success. It’s critical for students to realize that not everything can be reduced to statistics.

Modern scientists are rooted in extremely structured education system. They can be seen as restricted both in perspective and in their profession. Today’s scientists specialize in particular area and by that means, they add to the sum of knowledge within their respective limitations of subject. This is where we regret the absence of Philosophy.

We live in the times of propaganda. With its stress on rational thinking and coherence, Philosophy provides essential counterbalance to this. A clear identification of what Science has in its entirety has been summed up nicely in the movie https://www.themostunknown.com/

Philosophy needs to be taught at schools and we must enlighten the students as to why it matters. While other subjects are branches of knowledge, Philosophy is a tree from which all of these branches grow. Philosophy serves as a backdrop to all the areas of human inquiry. From global morality and sustainability to development of artificial technology, Philosophy lies at the bottom of development of all the natural, moral as well as social sciences.

It’s high time we brushed up on some of the greatest human wisdom and a simple beginning can be made by sharing and helping others understand:

Hope this is the cursor which will help both Science and Philosophy converge at existential reality and create perennial bliss for the human race.