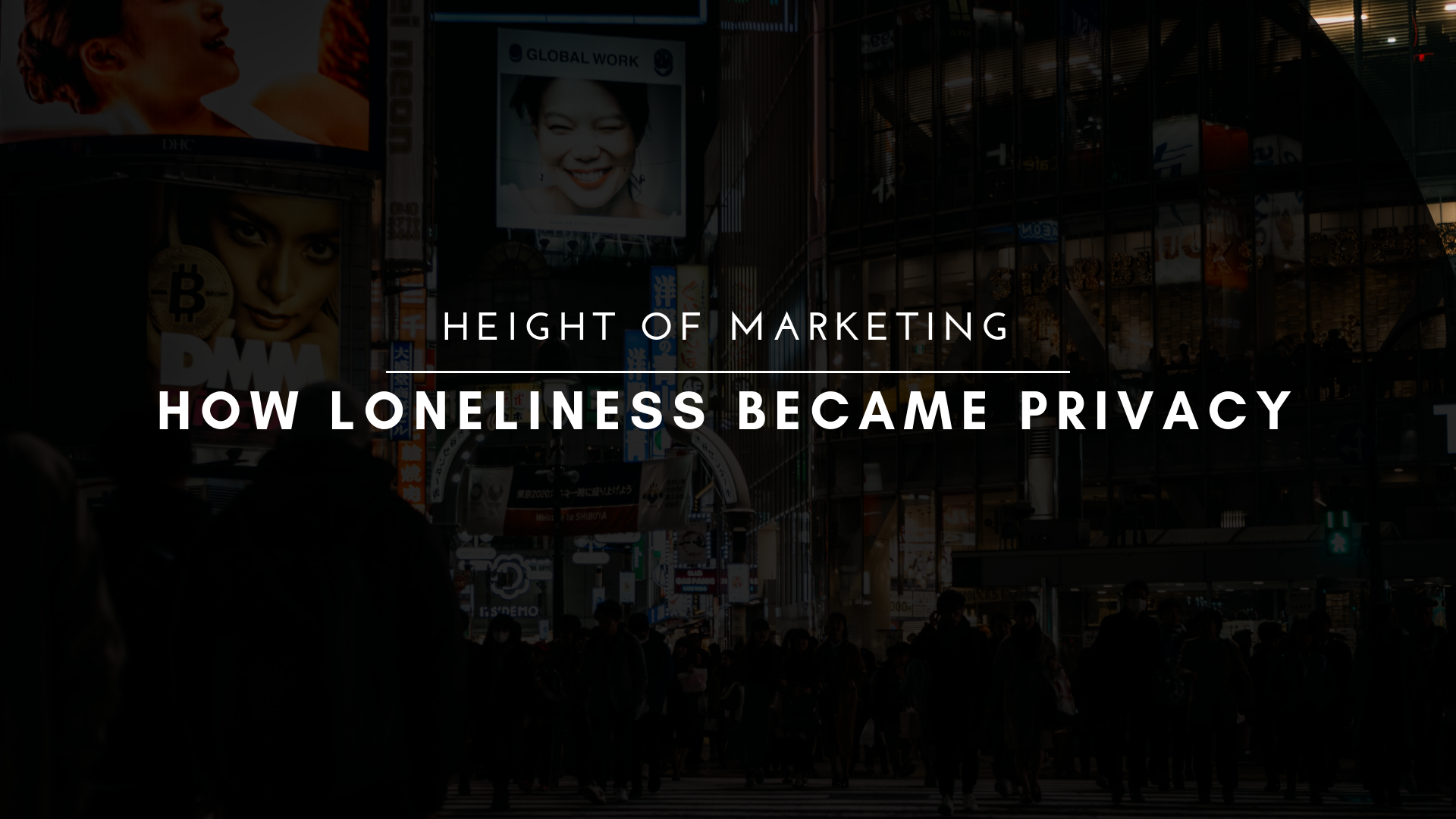 Marketing has been a buzzword ever since the industrialized societies were formed. It all started when societies had more material than what they could consume. Since the actual needs were satiated, marketing evolved to incite demands. The objective was to generate perceived needs while in reality there was abundance and no need.

Pervasive commercials for products promised to bring happiness and satisfaction. This altered the perception of society at large. Material goods gained more importance over human relationships and became a major motivation in life. The real debacle of all these events have been the loss of moral values and humanity.

This is the irony of the developed world of human civilization. While we progressed as society, rampant marketing pushed us into such consumption patterns and lifestyles that social relationships were left behind. We began finding it difficult to interact with other people in a positive way. Thus, the concept of privacy was invented to justify the incompetence of one human being to behave well with another human being.

In retrospect, we can see our education failing to create an understanding of human nature and his relationship with other humans. We had a social structure that was divisive and not inclusive. Our education system also evolved and was taken over by marketing. It ended up in creating technical scientists, financial wizards, lifestyle gurus, but no human beings. The education system was creating more inhuman beings out of human beings.

Materialism continuously grew by exploiting & rampaging the earth and its resources, quicker than the planet was able to replenish them. Humans added to natural debasement through the mass consumption of resources, advanced by marketing. In this rampage, many sections of human beings became subjected to hardships and untold torture which was unnatural and manmade. In their quest of betterment, fellow human beings were subjected to sufferings.

Fast forward to the 21st century, we’re poised technologically to spy on every single human being, thanks to the gadgets running so many apps in the background. Every one of us is busy preventing others from knowing who we are and how we live. Clearly this is not the path that we want to take.

This fallacious concept of privacy is being given undue importance, only because there is mistrust among people and lack of understanding about human nature in our society. We’ve forgotten the fact that human beings are all inwardly alike even if they have a different build, different color of the skin, or even different understanding about life.

Instead of finding ways to hiding every bit of information from others, an awareness about human nature needs to be spread across the business world. This way actual needs of the human race can be identified. Marketing can work the other way round and help consumers reconnect and improve social bonds. This will make the businesses well informed, and beneficial for the consumer as well as society as a whole.

Privacy loses its value in a society where people are enlightened about the human nature and know where their best interests lie. The need of hour is to understand how to live better with other human beings in a humane way. A culture more concerned with love, harmony, and cooperation than superficial validation and immediate gratification, would be able to provide for social and emotional needs far better. Human beings are social animals and building better bonds alone can help us survive as a species.