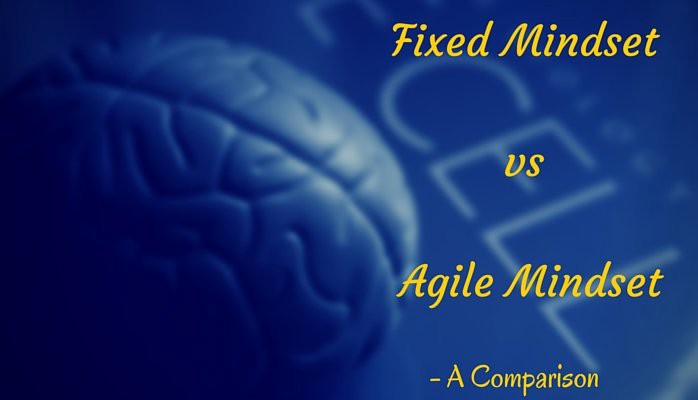 “A man sees in the world what he carries in his heart.”- Goethe

Mindset is the set of beliefs, behaviors and habits held by you. It is like a group of filters through which you make decisions. It affects whether you feel and react positive or negative about a given situation. The kind of mindset you have can really change the way you approach your daily life.

In a nutshell, mindset can be defined as a mental model, a collection of deep rooted beliefs and assumptions that influence your decisions and behavior.

Why Mindset is Important?

“Attitude is a little thing that makes a big difference.”- Winston Churchill

Why is it that some people seem to excel in every sphere of life, in whichever area they choose to expand their horizons; and others cannot even manage to go through despite having talent? Are some individuals simply more lucky than others or is it just an attitude of mind? Studies suggest that the way people think about themselves is something that determines their luck and actually makes a difference.

To elaborate, the processing in the brain is pretty random. Thinking happens subconsciously and without interruption. People are seldom aware that they are thinking and it always continues as a normal mental function. Whether Mind has a physical form or not is still a mystery, but it is proven that mind can influence the speed and processing power of the brain, simply by having a positive attitude. Here, you can understand brain as the hardware and mind as the software, which keeps applying the patches of beliefs and experiences. In light of this, it can be said that a positive mindset can cause the brain to work more actively and increases your chances of success.

A negative attitude on the other hand, can condition the mind in a negative way. As long as you keep believing that something is too difficult or unattainable for you, it will in the same manner obstruct the mind’s ability to naturally find answers. Your brain will instead be dominated by your own poor thinking and fear of being a failure. It will result in decreased productivity and sticking to reactionary approaches which is a typical feature of fixed mindset.

“Intellect is a beautiful servant, but a terrible master.”

Those who let themselves be dominated by their impulses are more often carried away by every random thought/feeling that comes to them. They are easily influenced by the negative emotions and are distracted from the path. Such people let their mind control themselves and prefer to go with the flow.

On the other hand, those who have a better control over their minds can make wonders happen in their life. Such people know how to best utilize their mind to grow and enhance their understanding. They live according to their choices and shape their destiny, instead of being driven by the mental impulses.

The former ones are individuals with a fixed mindset whereas the latter ones can be classified as individuals having an agile or growth mindset. The two types of mindset have been explained below:

“Once your mindset changes, everything on the outside will change along with it.” — Steve Maraboli

The mindset itself is not fixed and the thought process by nature is agile. It is just that people try becoming unnatural and dogmatic by adhering to regulations, customs, false beliefs and whatever forms of justification they can give themselves. These false beliefs give rise to wrong assumptions about life which results in poor decisions and a restricted access to the hidden mental power.

You can anytime change your mindset just by exercising your thinking and shunning all the false ideas, that you’ve collected over the journey. Changing your mindset takes practice and there are many different approaches you can try.

In the next part of this topic, I will share Nine simple tips to move from a fixed mindset to growth mindset.