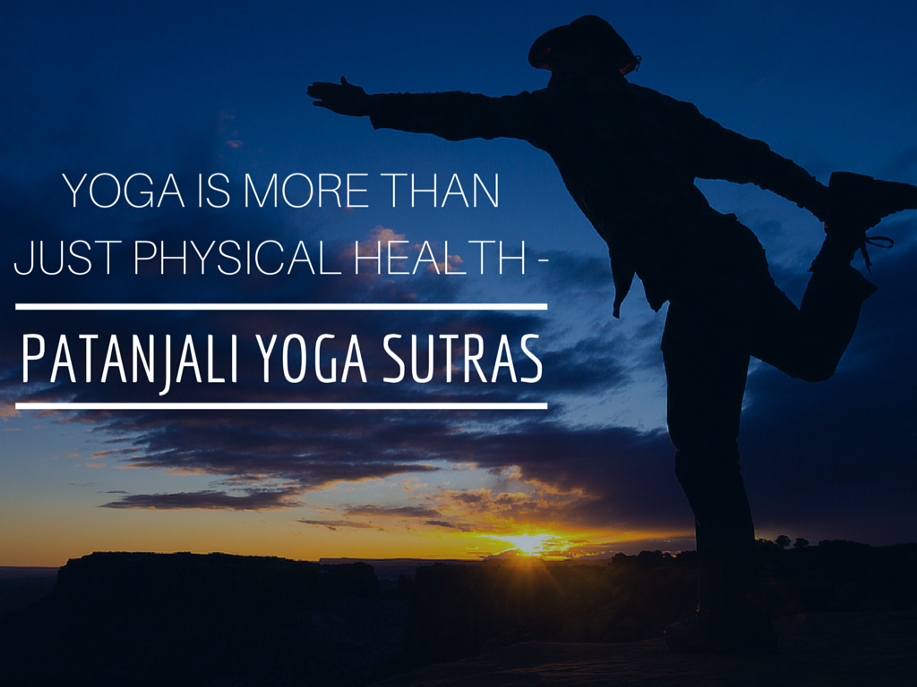 I was lucky to have been introduced to Yoga at the young age of 9. I bought my first Yoga book at the Vivekananda memorial rock in Kanyakumari, Tamil Nadu, India. Since that day about 41 years ago, I have been reading Yoga sutras and have been doing Yogic exercises on and off for over 4 decades now.

I completed my education, started business, set up an industry and became a serial entrepreneur. Simultaneously, I also continued to join, participate and attend numerous yoga sessions under various banners and names when possible.

The price of the first edition of the book I brought, was rupees two only. The book is now priced at Rupees 45. I see this book still being sold: http://prakashan.vivekanandakendra.org/books/Yoga. Over a million copies of this book have been already sold.

This is a very short 88 page book. It explains the Philosophy of Yoga in a comprehensive manner. Every time I am back from any new yoga class, I read this book again. I feel that lessons taught in the class were there in the book already, but I missed grasping the concept.

This gave rise to a thought in me. I wished if I could read the original manuscripts and books that are known to have brought the philosophy of Yoga to the world.

I have been studying Sanskrit along with my schedule of managing business. Studying Sanskrit for a few weeks now, I continue to get enthralled at how simple, structured and logical this language is.

I have been studying Yoga Sutras that are more exhaustive than in the simple book mentioned above. Not just mudras,kriyas and asanas. I could sense that that there is a lot of miscommunication about yoga. Everyone thinks of Yoga as a system of Physical postures and Breathing exercises. The original scriptures I read, state otherwise than what is believed. Physical health and strength are mere perquisites in Yoga and nothing more.

Yoga or Yoga Sutras of Patanjali, is one of the ancient ways of life. A guide to leading a long, healthy and purposeful life. Here, Vedic Philosophy should not be confused with religion. It is to be understood without any annotation to any specific religion and only with the period during which vedas have been written.

The Patanjali’s Yoga Sutras(Aphorisms) are 196 in number. These Sutras are a record of varied occult practices and knowledge dating back to the Vedic Period (1700–500 CE). It is believed that Yoga existed even before the beginning of the Vedic age. But it developed into a system later. After the arrival of Vedic Period and Buddhist Nikayas.

Yoga was propagated and taught by rishis and acharyas(sages) in the ancient Indian subcontinent for centuries. Yoga was popular in the whole Indian region. Spanning from Gandhar (What is “Kandahar” in Afghanistan today) to the north west and Myanmar in the east.

Patanjali developed and compiled the early knowledge of Yoga into systematic sets of various Aphorisms or Sutras. These sutras are known as Yoga sutras of Patanjali. Patanjali was a master and ascetic in the ancient Indian subcontinent. It has been established that Patanjali put the Yoga as a system on record in the 4th century. There are various theories confirming the exact date and I will not go into that controversy. Patanjali compiled Yoga into a philosophical system in a systematic manner. It includes both the theoretical and practical knowledge about Yoga.

Here, all agree and confirm that Patanjali yoga sutras are authentic, ancient scriptures and an authority on Yoga. The total treatise is divided into 4 chapters as mentioned below:

Starting today every week, I will be discussing and trying to explain my understanding of what these sutras mean. Keeping in mind the audience of the western world, I will try to present the content from a scientific viewpoint and beliefs they are familiar with.

The sutras are very concise, indicative and suggestive in nature. It is up to every individual to relate these sutras to his perception of life and values. Values, that have been built over his lifetime. Using this as a base, understanding these sutras and forming one’s own opinions is the purpose of my series of articles on Yoga.

Before reading the sutras, some salient points to be noted are:

1.1 And now begins the instruction regarding Yoga

Understanding the term “anushasanam” in the above sutra can be tried by referring to the proverb: “Niz Par Shasan fir Anushasan” (Self-control first, then enforcing discipline in all).

Anushasan is a verb here. It includes discipline, strict adherence to practice, zero deviation tolerance and continued efforts to improvement. An English word to grasp the concept is regimentation; The context being: “To be subject to uniformity and rigid order”. And in Yoga, the person himself has to initiate this rigid and strict order.

1.2. Facilitating the union by restraining the Thought-Streams

1.2 Yoga is the suppression of the negative traits of the conscious Mind

”Nirodah” can be said to mean “control restraint”. It means to obstruct, restrict and detain the thought waves. “Vritti” has a negative connotation here. To better grasp this, I will use an example: Mobile handsets have a range of features. These features can be described as intrinsic to the quality of the mobile handsets. When you get an incoming call while your mobile is getting charged, you will feel uncomfortable talking. The mobile handset becomes hot during charging the battery. This is Vritti, the negative trait. You can read more about Vritti here:

To summarize, the self initiated regimentation in the first sutra will result in the suppression of the thought waves.

Many of the words used in shlokas and sutras are related to the Vedic philosophy. So understanding these words in their right context is necessary to know its meaning in the real sense.

I will try to put together a glossary. It will help the readers from western world better appreciate and understand the concept of Yoga in real sense. Till then, if you would like any clarification on any of the above points, do drop me a line.

Looking forward to meet you next week.