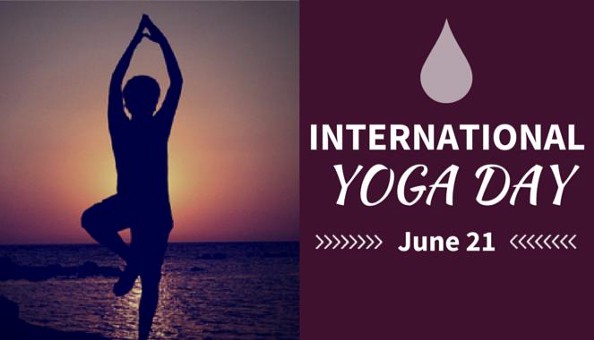 It is a proud moment for every Indian as the General Assembly of United Nations has adopted June 21 as International Yoga Day. Yoga, which is more than five thousand years old spiritual discipline, a lifestyle, and a prominent school of Indian philosophical thought, finally has the support and sanctity from all the quarters of the world.

On September 27, 2014, while addressing the U.N. General Assembly, Indian Prime Minister, Mr. Modi had proposed to adopt the day of June 21 as the International Yoga Day every year. The resolution has been welcomed and approved with the support of 175 nations out of 193 member nations of the U.N.

The news inspired me to write this post and throw light on some myths and illusions about Yoga. I would like to clarify these points, establish facts and remove some of the wrong assumptions about this discipline.

India had been repeatedly invaded and ruled by the foreigners. The foreign invaders had been ruling India for over 900 years from 1100 A.D. to 1947. After gaining independence from foreign rulers in 1947, the whole country was split with bloodshed and large scale migration. Many wrong notions had been given to Yoga by the alien rulers who ruled over India. Due to lack of acquaintance with the depth of the discipline, these alien invaders suppressed the Yoga system and painted it in slurry colors.

Yoga had existed more than four thousand years before the arrival of first foreign invaders in India. Yoga was suppressed, restricted and ridiculed by these foreign rulers for a prolonged period of nine hundred years. This is because these foreign invaders came from bigoted and narrow minded cultures in comparison with the inclusive, diverse and philosophically rich culture then prevalent in India. As per the words of renowned historian Will Durant: “The foreign invasions of India were perhaps the bloodiest in the entire human history”.

Yoga has survived the image tarnishing done by alien rulers. They tried to equate yoga with occult practices in order to give it a bad name. Imagine the subtle power of yoga that has survived the suppression for over 9 centuries and still preserves the inherent latent strength to blossom in a conducive atmosphere.

Nalanda University is one of the oldest known universities in the world. The libraries of Nalanda University once contained a large collection of ancient textbooks and scriptures. In order to suppress and destroy the ancient Indian wisdom, the foreign invaders torched the libraries of the University. The six storey building spread over 100 acres, continued to burn for over 3 months. During alien rule, teaching yoga became a taboo in the homeland of yoga itself.

The foreign invaders beheaded the rishis(yogis) who had practical knowledge about transcendence and higher echelons of yogic practices. The rishis who survived the attacks were tortured and exiled. They lived as hermits and non-entities in the jungles. Yoga was passed on from generation to generation by word of mouth. This discipline did not die a natural death even though attempts were made to stifle and erase it.

The attacks on the ancient scriptures by foreign invaders did not leave yoga unaffected. This is the reason for today’s divergent and contradictory views on yoga. Today, there are different translations, multiple explanations and skewed interpretations of the yogic practices. It gives rise to misconceptions about the discipline. The difference in explanation of ancient sutras makes common people feel dubious about the purpose of these practices.

Yoga is a very simple and practical lifestyle for a healthy, harmonious and peaceful coexistence for all the mankind. But, alas, in today’s world, the discipline is just limited to the asanas (yoga positions) and pranayamas (breathing exercises). These asanas and pranayams form a very tiny part of the vast teachings of yoga. Very few practitioners of yoga know that these asanas and pranayams are just a small part of the whole process. Through these asanas, an individual prepares his body and his mind to be ready to grasp and absorb the practical and theoretical teachings of yoga.

Today, yoga teachers have limited the teachings to the yogic postures. They are not able to explain the philosophy of yoga and its goal. Most of the yoga instructors and their students are not aware of the core concept. They have failed to appreciate and experience the mystical bliss in yoga that is the ultimate goal of yogic living. Excellent Physical health, Balanced mental health and Pure Spiritual & Moral Health are only an outcome that can be easily achieved by regular practice of yoga.

Yoga- Physical exercise and Beyond

Yoga is essentially meant for a holistic living and raising one’s mental awareness. As said above, maintaining a good physical or mental health is not the ultimate objective of yoga but a milestone on the path. However, many proponents have started branding yoga for commercial benefits. Just for the fulfillment of their short term financial benefits, these people have limited the aura and scope of yoga. They try to act as inventors of this ancient wisdom.

There are various yoga training schools out there that are teaching yoga as a kind of physical activity for good health. These training schools are not teaching the actual concept of the discipline. They are promoting yoga as a fitness and weight-loss technique. The commercialization of yoga in the modern world has narrowed down the scope of the discipline. People are equating yoga with a tool that fulfills their basic health and fitness needs.

After reading the patanjali yoga sutras, one can understand the depth of this discipline and its significance in the life of human beings. More than just physical exercise, the goal of yoga is to transform the individual and unfold the subtle and sublime inherent powers.

In the Patanjali Sutras, one of the sutras does mention about the supernatural ability of yogis. Yogis are in such a control over the life system that they are able to move in and out of a body at will. This is not any occult practice but the perfection of yogic lifestyle for becoming a holy saintly being. The essential lessons of yoga, teach us to be at peace with the world. These texts explain that one should not disturb any life form on the planet, including but not limited to the human beings, animals and plants. Yoga as practised today is far away from such idealistic form that ancient yogis taught and practiced.

Yoga is inward looking and inclusive. It is neither Separatist nor Fundamentalist

The practice of yoga purifies and strengthens the mind. With the help of a clear mind through the practice of yoga, a person is able to make error free judgements. Yoga helps release the negative feelings and erroneous thoughts. It helps to have a right perception and a balanced view about life. It increases a person’s tolerance and acceptance of diversities in the world.

Practising Yoga is an experience which brings moments of bliss and happiness in the life of the practitioner. The more and more a person starts opening his mind, the broad understanding of the universe he gets. A person practicing yoga starts respecting other people’s views and becomes adaptable. Since Yoga is meant to balance the mind, the practitioner of yoga moves away from extremist views. For this reason, I would like to suggest yoga as the best cure for all the separatist and fundamentalist organizations in the world having fanatic principles.

By slowly purifying an individual’s thought process, yoga helps a person to regulate his thoughts. It lets a person respect and understand different opinions and tastes. The practitioner of yoga is able to consider and contemplate over the exactly opposing views and still keep his own thoughts without a conflict in his thought process.

Yogic feeling is best self experienced. It cannot be Quantified or Standardized

Yoga requires a guide or a mentor to understand the discipline in its true form. However, there is no such requirement of a yoga teacher as the modern education system requires. A mentor can explain about the method to continue the practice. But he should not define the yogic experiences to the students. This is because every individual has a unique experience in the yogic state.

Once you are a little adept at practicing yoga, you can start feeling the transformation in your inner self. After closing your eyes and ears, if you continue to keep observing and listening, you can hear and feel your heart beating, your lungs expanding and if you carry on further, you can also feel other subtle activities. All these feelings are individually experienced and not instructed. The role of the mentor is only to help the person undertake the right path and avoid mistakes in the practice. Whatever is felt and experienced by an individual in the state of yoga can neither be defined nor be quantified.

Yoga is adaptive to individual’s Needs; Not one size fits Everyone

Yoga can be practiced by any one from any background or race. Age, demography, gender cannot impact or restrict someone from practicing yoga. Be it the physical health, emotional health or moral health, yoga can help improve the overall life of an individual. Whether it is rich or poor, young or old, there is no restriction on who should practice and start yoga. There is no specific time, day or season to perform yoga. One can make a fresh start any time he wishes to do. One can begin with focus on either the mental health, or physical health or emotional health, the choice is left to the individual. Yoga covers all the aspects of an individual’s psyche.

As said above, Yoga necessitates the postures and breathing exercises to make one’s mind and body fit for the practice. A weak or an ailing body cannot attain the blissful state. For this reason, yoga requires the individual to get rid of his ailments first. With the help of a healthy mind and body, it becomes easy for an individual to attain perfection in yoga. Regular practice of the discipline helps an individual to attain the peaceful states of mind which bring tolerance and wisdom.

Yoga has nothing to do with any particular religion. Just like medicine, yoga works on each and every human being on the planet. It is not something to be practiced only by Hindus or Buddhists. Yoga is a lifestyle. It is a way of leading a healthy and a blissful life through purifying and balancing our minds. Yoga can be practiced by people belonging to any religion, race or country.

Christians, Jews or Muslims, or followers of any other religion can practice this ancient method. It is not meant for any type of religious or philosophical knowledge and it has nothing to do with any ideology. It simply describes how to bring balance in our lives by following simple steps. Associating Yoga with the Hindu or Buddhist religion has been an error by Historians which needs to be corrected. The benefits of Yoga are for all the mankind.

To sum up, it is gratifying that 175 countries have endorsed and accepted Yoga as something that is good for mankind. Various nations and organizations have now accepted the benefits that yoga can bring into the life of an individual, society, community and mankind as a whole.

The U.N. can work towards having a learned yoga instructor in every school and college in the world. The principles of yoga should be taught in an effective way . It should be explained to the children in its original sense so that the next generation will have acceptance and tolerance towards diverse cultures of the world. They will be better able to respect the differences and learn to live with other human beings in an amicable and harmonious way.\